A big and increasing swath of working Americans are dipping into their retirement funds for purposes other than retirement. 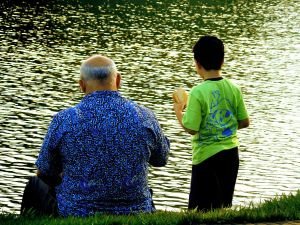 Our Woodland Hills Chapter 7 bankruptcy lawyers know this is often financially disastrous for a number of reasons – not the least of which is not having adequate savings for when you reach old age. This could force you to work longer at a time when your body and mind are not what they once were‚ which could be compounded by the fact that industries evolve rapidly‚ and certain skills may no longer be marketable.

This is not to mention the fact that the tax penalties you pay to do this are often severe – meaning you actually lose a lot of money when you cash out early.

Ransacking your retirement is almost never – under any circumstances – a good idea. And yet‚ one in four Americans are doing it. Financial advisory firm HelloWallet reports that withdrawals‚ loans and cash-outs are responsible for the removal of about a quarter of all the $295 billion deposited annually into such accounts.

Vanguard‚ one of the largest 401(k) managers in the country‚ has reported that since 2008‚ there has been a nearly 15 percent increase in the number of workers who took out loans against their retirement accounts. Taking out a loan against your account is going to result in a 10 percent federal tax penalty‚ and you will also have to pay income taxes on that money.

People in their 40s are the most common culprits‚ and it’s gotten worse after the economy tanked in 2008.

We certainly understand that people are feeling desperate. Wages have been stagnant‚ while expenses continue to balloon and many find themselves trapped in a debt cycle. But there are other ways to approach your financial woes. Namely‚ a chapter 7 bankruptcy – which will not only erase a good portion of your debt‚ it will allow you to keep many of your assets – including your retirement accounts and pensions.

This is going to become even more important in the future because as employers see an increasing number of workers using their retirement fund for purposes other than those intended‚ many are choosing to scale back on their contributions to such programs.

Already‚ we’ve seen a major decline in pension programs. Thirty-three years ago‚ four out of five workers employed by private firms held traditional pensions that would pay them benefits that were based on their salary and years of service. Now‚ just one-fifth of all workers have those same kinds of traditional pensions‚ which means 401(k)s are the main way people supplement their Social Security benefits.

The Boston College’s Center for Retirement Research found that most people who are nearing retirement have about $120‚000 total saved up. That amounts to a measly $7‚000 a year or about $550 a month – and many have even less than that. Of course‚ that’s supplemented by Social Security‚ which on average pays about $1‚200 a month‚ if you’re lucky.

Of course‚ you could always file bankruptcy when you get older‚ but it’s often better to do it while you’re young and still have the opportunity and ability to bolster your savings.