The City of San Bernadino has gone bankrupt. 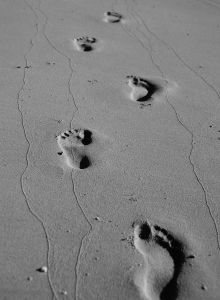 As such‚ it has announced it will be laying off approximately 100 city employees‚ in an attempt to reduce a $46 million shortfall.

Los Angeles Chapter 7 bankruptcy attorneys understand that a lay-off is probably one of the most difficult times in your professional and personal life.

It’s rarely caused by something you did – or didn’t do‚ but that doesn’t stop you from second-guessing everything. It’s also a time of uncertainty because you likely weren’t prepared for it – very few people are. You don’t know what you’re going to do next or how you’re going to cover your bills.

It’s an especially precarious position for someone to be in if they were already struggling to stay afloat with their debt. With income‚ debt can be a burden‚ but it can often be managed‚ modified and eventually reduced. However‚ when there is no income‚ your options dwindle.

Those who have suffered a layoff these days are faced with a crippled economy without much in the way of opportunity. Many are forced to accept lower-paying jobs that might cover the bare necessities‚ but won’t allow you to maintain your current payments on debt.

It can all happen very quickly.

That’s why it’s important to keep your cool‚ and think through all your options. What you don’t want to do is dip into your savings‚ retirement or pension in order to maintain those payments – particularly if you aren’t sure you’ll be able to keep up long term anyway.

This is where a Chapter 7 bankruptcy becomes a viable option. Granted‚ it won’t give you income. But it will allow you to erase almost all of your outstanding debts and give you the opportunity to adjust your budget to fit your new circumstances. Or‚ if you do have a job but it’s not as good as the last‚ you might consider a Chapter 13‚ which will allow you to reorganize your debts and pay off smaller amounts over a period of time.

Every case is going to be different‚ so it’s important you meet with an experienced bankruptcy lawyer in Los Angeles before you move forward.

In San Bernadino‚ the positions affected a wide range of professionals‚ including about 40 non-sworn employees of the police department‚ as well as positions ranging from managers to janitors in other departments. Additionally‚ three or four libraries in the area could be forced to close‚ and the city is discussing laying off about 20 full-time firefighters.

San Bernadino is the third California city in as many months to file for bankruptcy protection. That has meant a great number of layoffs‚ not even including those within the private sector.

The only reason some in this situation may want to wait is if they anticipate bringing on new debts fairly soon. Of course‚ there is a fine line between this and fraud‚ so you have to be careful. But bankruptcy allows you to erase debt from the date of your filing. So if you have an upcoming expensive (and necessary) medical procedure or something of that nature‚ you may want to wait. Same thing if you anticipate not being able to cover groceries or other necessary expenses in the immediate wake of a lay-off. You may need to use your credit card just to survive. You want to be able to erase those debts and start fresh. However‚ be aware there are specific rules governing recently acquired debt and that is something you will also want to discuss with an experienced attorney.

What you don’t want to do is rack up your credit card with luxury items in anticipation of bankruptcy. That could land you in serious legal trouble and jeopardize your chances for a successful bankruptcy.

If you are having trouble determining your financial options in the wake of a lay-off‚ we can help.

If you are facing bankruptcy in Los Angeles‚ contact Cal West Law to schedule your free consultation. Call (818) 446-1334.