When you file for bankruptcy‚ there are many things that you need to consider as you go through the process. First you will need to determine what chapter you want to file under‚ and how best you can obtain the relief you need. 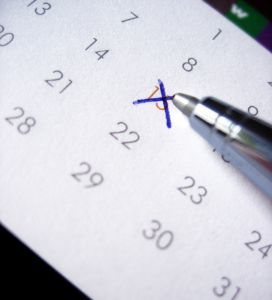 When a debtor files bankruptcy under Chapter 7‚ all of the debtor’s assets are liquidated in order for the court appointed bankruptcy trustee to distribute the available funds to the identifiable creditors. This begins when the debtor surrenders all nonexempt assets to the trustee. The trustee then makes an inventory of the assets that will be liquidated and the names of creditors. Once the bankruptcy court has received this inventory‚ it notifies creditors of the pending bankruptcy proceeding and provides a date for which all claims must be entered. By providing a proof of claim to the bankruptcy court‚ the creditors assure that they will receive something from the debtors liquidated assets.

In reality‚ many complete the process without going through any liquidation‚ once exemptions for homes‚ cars and retirement funds are taken into account.

The trustee ensures that all of the claims are verifiable and prepares a final plan before the distribution is released to creditors. This final plan is a summary of secured and unsecured creditors‚ the amount that will be distributed to each creditor‚ and the amount the trustee will be paid. Once this is filed with the court‚ objections by the debtor and creditors are acceptable if made prior to the court set deadline. If everything is approved then the funds are finally disbursed and the final account is prepared which closes the Chapter 7 bankruptcy case.

Boyher v. Radloff is a case that arose when the Boyher’s (“Debtor’s”) filed for Chapter 7 bankruptcy in 1999. All of the steps outlined above were done without a problem‚ and the bankruptcy was finalized in 2000. However‚ in 2007 the Debtors were involved in a class action lawsuit against an outside party‚ for which they were potentially entitled to a significant award. Acting in good faith‚ the Debtor’s filed a motion to reopen their bankruptcy case and amended their Schedule B to disclose this interest they had in the settlement. Randolf (“Trustee”) was reappointed as the Chapter 7 trustee to manage any settlement proceeds that the Debtors received for which the prior creditors were entitled to because of the bankruptcy. After filing the appropriate documents‚ the Court indicated that the Trustee was to disperse the funds connected with the class action lawsuit only after an unappealable order was granted and the settlement proceeds were distributed to the Debtors.

As members of the class action‚ the Debtors received an award of over $22‚000. Debtors gave the check to the Trustee in order for the Trustee to distribute half of these funds to the Debtors and retain the other half for distribution to Debtor’s estate‚ namely‚ Debtor’s creditors. The Court indicated that by accepting half of the settlement funds from the Trustee‚ the Debtors waived any claims they would have to the remainder of the funds the Trustee kept.

Trustee filed the “Final Report and Account” and soon after the “Amended Final Report” and the Court gave all interested parties the appropriate notice in order to allow for a timely objection. No one objected to either the final report or the amended report‚ thus the amended final report was approved. The Settlement Funds were then distributed to the creditors by the Trustee.

A month after the deadline provided by the Court and approval of the amended final report‚ Debtors objected to the way the Trustee distributed the settlement funds.

The Court here held that consistent with the properly filed documents‚ when the Debtors accepted half of the settlement funds the Debtors waived all of their rights to the remainder of the funds. Additionally‚ the Court indicated that they gave all of the creditors and the Debtor’s an opportunity to object to all of the accountings and reports filed by the Trustee. Thus‚ in failing to object in a timely manner‚ they waived their rights to object to any distribution already approved by the Court. Therefore‚ this Court affirmed the lower courts action of overruling the debtor’s objection.

This shows you that you must be vigilant when reading paperwork and dealing with the court documents involved in your bankruptcy. It is important to have an experienced team of attorneys and legal professionals to make sure that you are kept abreast of all of the details of your bankruptcy proceedings.

Cal West Law​​​​​​ will provide a free consultation to help guide you in making a decision that works for you. In Encino‚ Glendale‚ and Woodland Hills‚ just call (818) 446-1334.