Parents in California are increasingly paying more for child care than they are for rent. 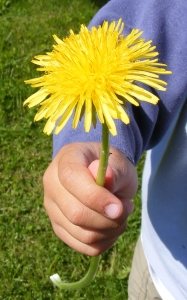 A new report released by the non-profit group Child Care Aware of America shows that the price of infant care rose by 2 percent nationwide in the last 12 months‚ while the cost of care for a 4-year-old shot up more than 4 percent during the same time.

Woodland Hills Chapter 7 bankruptcy attorneys know that this is a cost many parents can scarcely afford‚ particularly given the rising costs for gasoline‚ food‚ utilities and housing.

Single parents especially struggle because on one income‚ it can be incredibly difficult to work and also ensure your children have quality care.

California ranks 7th in the country for the cost of child care relative to income. Researchers indicate that on average‚ it gobbles up 14.6 percent of the average parent’s income. That’s not too far off from New York‚ which ranked No. 1 in the country with child care accounting for about 15.9 percent of the average parent’s income.

The only other states that exceed California in this regard are Oregon‚ Minnesota‚ Colorado‚ Kansas and Hawaii.

Let’s say you are a single parent with one child and you earn $21‚000‚ which is slightly above the poverty line for a family of two (which means you aren’t likely to qualify for government assistance). If you have a full-time‚ 40-hour-per week job‚ you will fork over about $3‚100 a year for child care.

That is just for someone to care for your child while you’re at work. It doesn’t account for you picking up more shifts. It’s doesn’t account for the extra money you have to pay if your child gets sick and needs medicine. It doesn’t factor in health insurance‚ or the fact that gas prices went up 30 cents in five weeks or that grocery bills were up 6 percent in July – and are expected to continue climbing.

The cost of housing has also risen‚ and you can blame the housing market for that. With more people having undergone foreclosure‚ you have more people seeking rentals‚ as opposed to ownership. That has driven costs substantially higher.

Many people have turned to credit cards or payday loans in order to keep up. The problem is‚ the fees and interest rates are killer‚ and they can quickly snowball into an unmanageable problem.

Cutting down on costs if you can is important‚ but there are some things – like child care – in which that is simply not an option.

A Chapter 7 bankruptcy can be a turning point. That’s because it will eliminate most of your debts. There are some exceptions – student loans are one example. Some of the debts that can be erased include:

Elimination of these debts through bankruptcy will allow you to continue to provide the best quality child care possible.

If you are facing Chapter 7 bankruptcy in Woodland Hills‚ contact Cal West Law to schedule your free consultation. Call (818) 446-1334