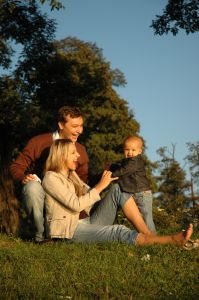 MSNBC.com is reporting that younger Americans — those under 35 — are fairing far worse than older Americans — labeled as those 65 and older.

The article cites an analysis by the Pew Research Center‚ which found that older adults have increased wealth‚ income and homeownership than their 35 and under counterparts.

This isn’t completely surprising since younger Americans likely had less money and fewer years on the job before the Great Recession began wiping out savings accounts and disposable income. Older Americans likely had more stable jobs and more saved up so they had a chance to invest in the housing market in its decline.

But there are still many people who have been negatively affected by the economy‚ regardless of age. Many people are considering bankruptcy in Woodland Hills as a way out of the mess that has been created by banks and corporate greed.

With bankruptcy protection‚ a consumer can get rid of years of built-up debt that has resulted in late fees‚ hidden fees‚ administrative fees‚ high-interest rates‚ harassing creditors‚ robocalls at all hours of the day and night and the threat of wage garnishment or legal action.

Woodland Hills bankruptcy lawyers have seen the horror stories of sleepless nights‚ stress-causing medical problems and other nightmares that debt and credit score hits have caused families. Filing for bankruptcy and being able to discharge debt and move on with life is a big benefit when times are tough.

According to the Pew Research Center, the disparity between young and old has been growing for decades. But the recession that started in 2007 made the gap even more extreme. Households headed by people 65 or older had a net worth of $170‚000 in 2009. Households headed by those 35 and younger had a net worth of just $3‚662‚ which is 68 percent lower than in 1984 after adjusting for inflation. Older adults are worth 42 percent more in that time span.

The collapsing housing market has hit younger households much harder and has left them in worse shape‚ the article suggests. The homeownership rate for younger adults has dropped since the recession‚ while older adults own more homes than they did 25 years ago.

And because those homes were purchased before 1986 and paid for throughout the gains in home equity in the 1990s‚ many homeowners (two-thirds) have paid off their mortgages. The net worth of older Americans fell 14 percent between 2007 and 2009‚ but they still remain far wealthier than younger Americans.

Student debt is also an issue. Older Americans didn’t enter the workforce with it and the rising costs of education and living expenses have saddled younger Americans with a larger burden of debt.

Much of this debt can be wiped clean through bankruptcy in Woodland Hills. Rather than continuing to toil in debt and deal with the frustrations of having money problems‚ it may be prudent to consult with an experienced lawyer and make a fresh start. Without the debt‚ you may be able to make consistent house payments to build credit and start a more successful and fulfilling life.