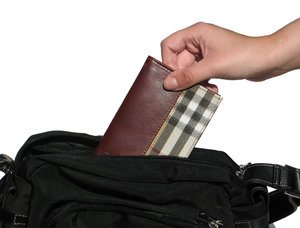 Wage garnishment is one of the most feared things borrowers deal with when they consider the amount of debt sitting on their credit cards today.

A person who is thankful enough to have a paying job in this difficult economy doesn’t want to think about a portion of that money being taken away to pay back debt.

Some people would say their income should be protected‚ even if they owe money. They ust want a little more time to pay. If their income goes away‚ their ability to pay for necessities decreases.

But if a company is threatening to garnish wages‚ filing for bankruptcy in Los Angeles stops it immediately. While creditors may be able to get only a portion of a salary in wage garnishments‚ that portion may be what is needed to put food on the table and keep the rent paid.

If you have received a notice that a company intends to garnish your wages‚ you must act immediately. Consult with an experienced Los Angeles bankruptcy lawyer as soon as possible. Even if the notice you receive in the mail has a scheduled court date‚ it’s possible the creditors could begin taking money immediately.

That’s what happened to a woman recently who wrote into creditcards.com. The woman stated that she received a summons and complaint from a company. Rather than doing anything‚ the woman and her husband‚ who had gotten behind on their bills‚ waited for the court date.

When they looked at a recent paycheck‚ they noticed money had been taken out of the check from the company.

Many people are under the impression that credit card companies must wait for a court order in order to garnish a person’s wages. In fact‚ they can get up to 25 percent of the wages even before they appear before you in court.

That’s what happened in this case. If you don’t read the paperwork carefully or respond to the lawsuit‚ with an answer‚ a cross complaint or some type of legal notice‚ you may be opened up to wage garnishments immediately. And that doesn’t bode well if the court system is overburdened and the court date is scheduled for months in advance. That means a person could be losing money and the judge’s calendar is too full to move the date up.

There may be an opportunity to adjust the garnishment if you petition the judge‚ if the garnishment is making living difficult. But the smart move is to consult with an experienced Los Angeles bankruptcy lawyer as soon as possible.

This is a complex area of law and there are ways to avoid major garnishments. Rather than watch your money trickle away‚ stop it on the spot. Filing for bankruptcy in Los Angeles accomplishes this. Wiping away the debt gets creditors off your back and allows you a fresh start toward financial freedom.

Cal West Law‚ APLC will provide a free consultation to help guide you in making a decision that works for you. In Encino‚ Glendale‚ and Los Angeles‚ just call (818) 446-1334.

Can Wages be Garnished Before a Court Date? by Sally Herigstad‚ Creditcards.com