While many Americans‚ especially those throughout Southern California‚ have seen unemployment statistics play out in real life through their own experiences‚ many should be encouraged by recent news that jobs were up and unemployment down in November‚ according to CNNMoney. 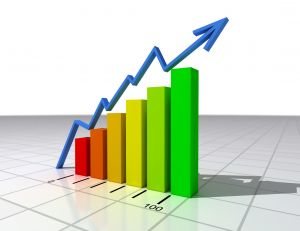 Those people should consider filing for Chapter 7 bankruptcy in Woodland Hills. If a consumer has spent months looking for work and has depleted a savings account‚ it’s likely that they have been relying on loans or credit to get by. This has been a necessity for many‚ but it is a bad habit to get into.

Our Woodland Hills bankruptcy lawyers have seen how many people have been brutalized by the economy and have tried every means to escape the debt they have amassed. For many‚ unexpected medical issues have crept up and led to major medical bills because of the rising cost of healthcare.

Filing for bankruptcy can heal many of these headaches. First off‚ filing for bankruptcy immediately stops creditors from calling‚ e-mailing‚ mailing or otherwise harassing consumers. Second‚ once the process is complete‚ the borrower’s debt will be cleared‚ so they can live a life free from debt and attempt to get their lives back on track.

Hopefully‚ the recent news helps Americans get back on their feet. According to the CNNMoney article‚ there were 120‚000 new jobs in November‚ as private sector businesses added 140‚000 jobs and governments lost 20‚000 jobs.

A majority of the new jobs‚ not surprisingly‚ were in retail‚ as stores stocked up on workers for the holiday season. They accounted for 50‚000 new jobs. Restaurants and other hospitality businesses added 20‚000 jobs. The Labor Department’s numbers adjust for seasonal jobs‚ so it’s possible the new jobs are staying for good.

Experts had previously predicted about 110‚000 new jobs‚ so the numbers were a good surprise. According to the news article‚ it was the biggest jump in jobs since September‚ when more than 200‚000 were added. Only in four months this year were more than 150‚000 jobs added.

Despite the increase in jobs and the drop in unemployment to 8.6 percent‚ there are still some 13.3 million people looking for work nationwide. Of them‚ 43 percent have been looking for a job for 6 or more months.

There is still work to be done‚ though. More than 8.8 million jobs have been lost in recent years and only 1/3 have been replaced. For many jobless‚ bankruptcy can be a start to rebuilding their future. If you think bankruptcy can help you‚ call today. Consulting with an experienced Woodland Hills bankruptcy lawyer is a good first step to recovery.