A CNNMoney report recently details a sad but not-so-surprising fact — most Americans don’t have enough cash to handle a $1‚000 emergency bill.

Consumer debt in America has reached epic proportions because of predatory lending‚ the effects of the Great Recession on the job market and unexpected‚ large-scale medical bills that leave families in shambles. So‚ for many‚ relying on credit cards and loans is the only way to get by.

Financial planners harp on keeping six months in savings‚ but for many who are jobless‚ or for those in minimum wage jobs‚ that seems like a pipe dream. Drowning in debt isn’t a way to live. Bankruptcy in Woodland Hills is an option that will allow consumers to eliminate their debts and begin to repair their credit after consulting with an experienced Encino Bankruptcy Lawyer.

According to the CNN article‚ 64 percent of people don’t have cash available to take care of a $1‚000 expense in a pinch‚ such as a broken water heater‚ car repair or medical bill. The survey was done by the National Foundation for Credit Counseling.

Only 36 percent of people would consider cutting into their savings for an emergency. while the remaining 2‚700 polled said they would try other means to cover an unexpected bill‚ such as seeking a loan or a credit card cash advance.

Seventeen percent of those who responded to the poll said they would borrow from friends or family‚ while another 17 percent told surveyors they would neglect other obligations‚ such as credit card bills or mortgage payments to free up extra money. 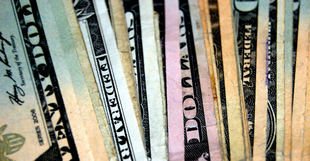 Saving in this economic situation can be difficult and many people can’t fathom putting money away for retirement‚ let alone a $1‚000 emergency expense. For those far behind on payments‚ and living paycheck-to-paycheck‚ bankruptcy may be a good option to get rid of the debt that has made life so difficult.

Filing for bankruptcy immediately stops creditors from calling‚ wage garnishment and other harassment from lenders. After going through the process successfully‚ consumers can get rid of the debt that has kept them down and begin the process of improving their credit and putting a true savings account together for a brighter financial future.

Woodland Hills Bankruptcy Attorneys will provide a free consultation to help guide you in making a decision that works for you. In Encino‚ Glendale‚ and Woodland Hills‚ just call (800) 568-0707.