Woodland Hills Chapter 7 bankruptcy attorneys know that one of the prime concerns people have when filing is whether they will be able to keep their home. 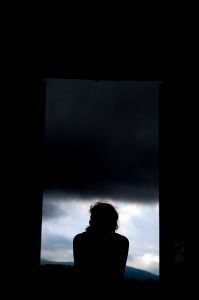 The answer is that it depends‚ and on one of the factors is California’s Homestead Exemption‚ which is found in CCP 704.730. These exemptions were recently expanded in 2010. Essentially these exemptions allow that you can protect a certain amount of equity in your home from being seized by creditors.

But the laws can be somewhat tricky‚ and this is why you need the advice of a skilled bankruptcy lawyer before you begin the proceedings.

In Shirley v. Smith‚ an Iowa bankruptcy case recently heard by the U.S. Bankruptcy Appellate Panel for the Eighth Circuit‚ at issue was what constitutes a homestead.

Although this was a situation that happened in another state‚ Iowa too has homestead exemptions and bankruptcy law is equally applicable throughout the country‚ so the matters discussed in this case are relevant here.

Basically‚ here’s what we know:

Andrew Shirley and his wife bought a house in Des Moines in the spring of 2005. He formally declared that this home was his homestead and he resided there with his spouse and children until October of 2007.

In the spring of 2005‚ the home of Shirley’s widowed mother was entering a foreclosure. In November of that year‚ Shirley purchased his mother’s home‚ using money that his mother had given him. The money had come from a trust that had been set up after his father passed away.

The family’s original intent was to transfer ownership of that home to the trust. However‚ that never occurred.

Then in the spring of 2007‚ Shirley’s wife filed for divorce. In October of that year‚ Shirley was ordered by the judge in divorce court to leave the home that he and his wife had purchased.

He subsequently moved into his mother’s home‚ just a few miles away.

In late 2008 and early in 2009‚ creditors were attempting to enforce a judgment against Shirley. At that time‚ he formally declared his mother’s home as his homestead. He didn’t talk about this with his estranged spouse or get her consent to alter the family homestead.

Their divorce was finalized in the spring of 2009. In accordance with the divorce decree‚ Shirley “quitclaimed” his interest in the home‚ meaning the house went to her. In turn‚ she quitclaimed any interest she may have had in his mother’s home.

The following month‚ Shirley filed for a Chapter 7 bankruptcy. He claimed his mother’s home was exempt under the state’s homestead exemption. However‚ the bankruptcy trustee objected to this‚ saying that because his mother’s home had not been purchased with money from the old homestead‚ it could in fact be sold according to state law in order to satisfy debts.

The bankruptcy court sustained that objection‚ and the ruling was further upheld by the appellate court.

If you are considering filing for bankruptcy‚ contact Woodland Hills bankruptcy lawyers at Cal West Law to schedule your free consultation. Call (818) 446-1334