With 2011 behind us‚ many people are still looking at their house as a major obstacle and a problem they don’t know how to deal with.

Foreclosures are still a major problem throughout Southern California. It’s a problem that is based partly on the high unemployment rate throughout Los Angeles‚ but also the actions of banks that have proven unlikely to work with homeowners trying to figure out a way to negotiate. 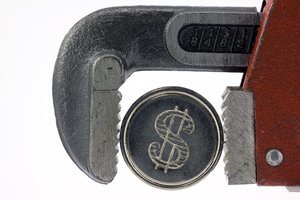 When a bank isn’t willing to consider some type of mortgage modification‚ perhaps filing for bankruptcy in Los Angeles would get their attention. Many consumers don’t realize that bankruptcy can be an effective tool in battling foreclosure.

Our Los Angeles bankruptcy lawyers recognize that considering bankruptcy is a big deal. But we would like to emphasize how beneficial these laws can be for consumers. They were designed with consumers in mind. Bankruptcy laws can help consumers discharge all the debt they have and allow them a fresh start.

For those dealing with foreclosure‚ bankruptcy can be a valuable tool because filing immediately stops foreclosure in its tracks. Recent articles have suggested that the time it takes for a foreclosure case to be processed can be as long as one to two years. This provides a lot of time for people to try to come to an agreement with their bank‚ but it also means that more notices of missed payments will be put on their credit scores.

Whether the homeowner has missed one payment or many more monthly payments‚ filing for bankruptcy stops the process. Banks are notified of the filing and they can no longer work toward foreclosure. The case must be moved to bankruptcy court‚ where lawyers‚ a judge and a trustee work together to solve the debt issues of the consumer.

In most cases‚ the homeowner can stay in the home even while the bankruptcy is ongoing. And if all goes well‚ it may be possible for the family to discharge other types of debts‚ such as credit card debt and other loans‚ which can free up money for them to start making payments on the house.

Stipulations can be reached with lenders in order to stop the foreclosure process and give the family time to again make payments and work to stay in their home. This could be especially helpful in Los Angeles‚ where in some places as few as 1 in every 100 homes is in foreclosure right now‚ according to foreclosure tracking website RealtyTrac.

Sadly‚ the problem isn’t going away for many years to come. As the Los Angeles Times recently reported‚ major banks issued 21.1 percent more foreclosures from the second quarter of 2011‚ showing that they are getting more aggressive.

This isn’t a time to be wondering what’s going to happen with your house. Banks are attempting to get as much money as possible out of these investments and that could mean banks coming after consumers for deficiency judgments‚ the difference between the loan and the home’s sale price at auction. This can lead to more headaches in the future for people simply trying to get by.

Cal West Law will provide a free consultation to help guide you in making a decision that works for you. In Encino‚ Glendale‚ and Los Angeles‚ just call (818) 446-1334 .