When a cell phone company continued to bill a California man two months after his death – and then went after his estate to collect – the man’s family contacted the media. 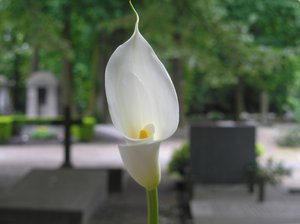 Although the subsequent negative coverage caused the company to back down‚ Woodland Hills Chapter 7 bankruptcy lawyers know that debts that are shared by two people can become unmanageable when one of those individuals dies – particularly if the passing was unexpected and there was no time to formulate a plan.

This was just one example of how creditors are often callous with regard to the death‚ and often offer no respite to the surviving party. That’s where we can help.

It’s well known that major life events – a lay-off‚ divorce or death – are more often the cause of bankruptcy‚ as opposed to poor spending habits.

It’s important to note that just because two people are married‚ one spouse is not necessarily responsible for the debts of their partner. It depends on how the debts were acquired and whether both parties were named on the account.

If the deceased spouse held personal debts‚ particularly if they were significant‚ the outstanding claims will go through a probate process. In this scenario‚ all of your spouse’s assets will be considered as a means to repay those debts. Whatever assets remain would go to the beneficiaries as spelled out in the will.

However‚ if the assets won’t cover those debts‚ it’s likely that they will simply go unpaid and the surviving spouse won’t be held liable for them. The big exception here is if those debts were held jointly – which is many times the case.

For example‚ if both spouses are listed as debtors on the mortgage payment or car loan‚ the surviving spouse would still be responsible to pay those debts.

Of course‚ doing so on half or less than half of the income you were bringing in prior to the death is sometimes next to impossible. Many families are scraping by as it is.

Then you factor in any medical bills that piled up as a result of the days or weeks or months before a death‚ and surviving spouses can quickly become overwhelmed with debt. Many people in this situation know they need to downsize‚ but feel trapped by their debt obligations.

A Chapter 7 bankruptcy will erase those debts and allow you to start over. It’s often a scary prospect for most people‚ but the sooner you address it and meet with a bankruptcy lawyer‚ the better your chances of preserving assets. Even if the death was sudden‚ remapping your financial future as soon as possible can save you from even greater heartache down the road.

All couples should consider taking the following actions to plan for the worst-case scenario:

If you are considering bankruptcy in Woodland Hills‚ contact Cal West Law to schedule your free consultation. Call (818) 446-1334.