A recent MSNBC.com article based on a study by a Canadian researcher suggests that when it comes to saving money‚ keep it simple. Save for one specific goal at a time — assuming of course you have disposal income to put away.

But most folks can’t even fathom saving money right now. With the economy in the tank‚ many Americans are jobless‚ some have mounting medical bills‚ and many frankly are just unable to put money away for savings. 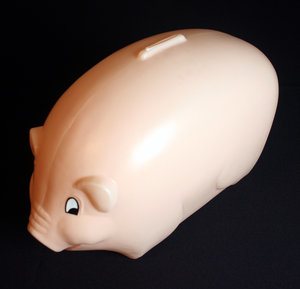 These people might want to consider bankruptcy in Woodland Hills. By filing and completing bankruptcy‚ a person’s debts are discharged‚ enabling him or her to move on with life without the stress of creditors calling and lenders harassing. The consumer can improve his or her credit score and again qualify for loans without absurd interest rates.

Consulting with an experienced Woodland Hills bankruptcy lawyer is the first step. An attorney can determine whether you qualify for bankruptcy and what steps must be taken in order for you to have the best resolution going forward.

According to the article‚ which was based on a study out of Toronto‚ making one goal to save money is more effective than having several goals. Most people end up trying to figure out which goal is more important and end up spreading their savings so thin they don’t accomplish much.

Rather than saving for a new car‚ a vacation and an addition to the house‚ pick one. Stick to that goal and attempt to go forward with that savings plan. Otherwise‚ the study suggests‚ there may not be any savings plan at all because once the person gets behind saving for one thing‚ they may scrap saving altogether.

An informal poll on the website under the story captured 1‚820 votes and the responses were nearly identical down the middle about the best way to save:

It’s surprising more people didn’t answer option three. Many Americans couldn’t even consider putting away money for savings right now. If they are lucky enough to have a job‚ it may be just barely paying the bills. And if they were previously unemployed‚ they may have lived off loans or credit cards in order to pay more pressing bills‚ such as a house payment‚ rent or a car payment. And now‚ those bills are coming due‚ with high interest rates and hidden fees.

This creates the perfect storm for a consumer to be trapped in debt. Without a way out‚ the debt continues to pile up and gets worse and worse.

But there is an answer — bankruptcy in Woodland Hills. If your credit score is shot‚ you have tens of thousands of dollars in credit card debt‚ and you are unable to get a loan‚ this may be a good option. Getting all that debt off the table allows you to start over and get back on track financially.