Suppose you decided to help your brother buy his first car by co-signing on a loan. Then‚ your nephew needed some financial help‚ and you and your wife incurred major debt on your credit cards.

If anything happens to those family members‚ you may end up being liable for their debt‚ even after they die. 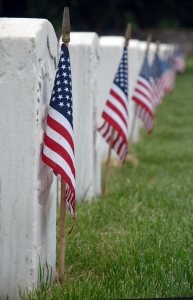 For many people‚ bankruptcy in Woodland Hills will help solve these money-family issues. Bankruptcy laws are designed to help consumers who have gotten into trouble with debt. The whole purpose of the system is to ensure that debtors have a way out from the grasp of their creditors.

There is no more frustrating time to be bombarded with questions about money than when a loved one has recently died. Dealing with the emotional stress and wavering emotions surrounding a death is difficult. Then‚ having creditors call the house seeking payments on the debt‚ the frustration ratchets up a notch.

Our Woodland Hills bankruptcy lawyers would love to meet with clients in this situation to advise them about their rights and what obligations they may have regarding the debt of a loved one who has passed.

In many states‚ there is no legal obligation for a survivor to pay debt owed from a person who has recently passed. But as a recent Wall Street Journal article points out‚ debt collection agencies hired by banks and credit card companies often will try to guilt survivors into making payments on debt owed by another family member.

In most cases‚ survivors have no reason to pay back money owed by someone else‚ but there are exceptions. In cases where the person had little assets or a life insurance policy‚ the creditors may attempt to go after family members who co-signed on loans or surviving spouses.

There are examples of situations where family members have no obligation to pay and it’s critical that they seek out an experienced Woodland Hills bankruptcy lawyer‚ who can aid them in making the right decisions for their financial future.

The story followed a 68-year-old retired woman whose husband had recently died after a battle with cancer. Not long after his death‚ she began getting nearly a dozen calls a day from creditors‚ harassing her.

In one conversation‚ the man told her she was under no legal obligation to pay the $16‚500 owed by her husband on a credit card‚ but he said there were ways for her to get the issue “taken off (her) plate.”

Relenting‚ she offered $2‚000 that was left in life insurance proceeds after having sold assets to pay for medical bills and a funeral. She said that’s all she had left.

There are no firm statistics‚ but it appears the death-debt collections business is thriving. Industry analysts say that collecting money from survivors‚ while sometimes they aren’t obligated to pay‚ is important because it makes lenders more likely to let older borrowers get credit.

Others say that it is a sneaky attempt to try to hit people when they are at their most vulnerable‚ especially older Americans who are in the grieving process and maybe overwhelmed emotionally and unsure how they will live their lives at such a difficult time.